Claas Reiss presents ‘Alte Freunde, neue Freunde’, a group show of nine painters to celebrate the gallery’s first anniversary after the private view for its inaugural exhibition ‘All that kale’ by Jule Korneffel on 4 Nov 2020 – the night before the national lockdown.

Edin Zenun (born 1987 in Skopje, Macedonia) graduated with ‘Diploma’ from Akademie der bildenden Künste, Vienna, Austria, after attending Hochschule für Grafik und Buchkunst, in Leipzig, Germany. Zenun has widely exhibited in Austria as well as Europe and Japan, including a solo exhibition in 2020 at Zeller van Almsick in Vienna, Austria, and ENTER 2021 art fair in Copenhagen, Denmark. He is the founder of project space Pina and initiator of Haus Wien, a platform for contemporary art in Vienna where he lives and works. ‘Alte Freunde, neue Freunde’ is Zenun’s first exhibition in the UK.

James Collins (born 1992 in UK) graduated with BA (Hons) from Wimbledon College of Art, London, in 2015 and Master of Arts (MA) from Royal College of Art, London, in 2017. Collins was included in the Bloomberg New Contemporaries in 2015 and the John Moore Painting Prize in 2016. Selected group exhibitions were ‘Lost & Found’ at Rod Barton in London (2017), ‘Duo’ at Galleri Jacob Bjørn in Aarhus, Denmark (2018) and, more recently, ‘Abstract with Figure’ at James Fuentes, New York City (2020) and ‘Hideaway’ at Monti8 in Latina, Italy (2021). ‘Penumbra’ at Claas Reiss in May 2021 was his first solo show, followed by ‘Occultation’ at CAR DRDE in Bologna, Italy, in October 2021. ‘Alte Freunde, neue Freunde’ is Collins’ second cooperation with the gallery. He lives and works in Darlington, UK.

Jens Fröberg (born 1983 in Malmö, Sweden) graduated from Valand Konsthögskola Göteborg, Sweden, in 2009 and Akademie der bildenden Künste Vienna, Austria, in 2017 where he is was awarded the Akademiefreundespreis. He had various solo exhibitions in his native Sweden, including Konstnärshuset in Stockholm, Galleri Rostrum in Malmö and Ahlbergshallen in Östersund, and more recently a duo presentation with Lazar Lyutakov at Simian, an independent exhibition space for experimental contemporary art located in Ørestad, Copenhagen. He will be subject of an upcoming institutional solo show at the MUSA Startgalerie of Wien Museum in Vienna. ‘Alte Freunde, neue Freunde’ is his first exhibition in the UK. Fröberg lives and works in Malmö and Vienna.

Jule Korneffel, born and raised in Germany, graduated from Kunstakademie Düsseldorf in 2008 as Meisterschüler under Tal R. In 2015 she moved to New York, where she feels the particular inspirations of Mary Heilmann and Agnes Martin. After graduating from the M.F.A. program at Hunter College in 2018, Korneffel quickly gained attention for emotional but reductive paintings: recent shows include ‘Phase Patterns’ at ltd los angeles, ‘Here comes trouble’ at Spencer Brownstone in NYC and ‘Mini Me Mary in Dialogue with Mary Heilmann’ at Albada Jelgersma Gallery in Amsterdam. ‘All that kale’ at Claas Reiss in 2020/2021 was Korneffel’s first exhibition in the UK and ‘Alte Freunde, neue Freunde’ is her second cooperation with the gallery. Korneffel was also included in the October 2021 edition of Platform Art, the online platform backed by David Zwirner. Korneffel lives and works in Brooklyn, NY.

Luke Samuel (born 1992 in Cardiff, United Kingdom) currently attends class 2022 at Royal Academy Schools in London after graduating in 2015 with BA Fine Art at Goldsmiths College, University of London (Scholar of The Worshipful Company of Painter Stainers). Samuel has participated in various group shows in the UK, most notably the 2017 Summer Exhibition at Royal Academy and more recently in ‘Companions’ at Union Pacific in 2021 in London. Samuel lives and works in London.

Sara Rossi (born 1981 in Trento, Italy) is a painter living and working in Berlin, after attending the painting class of Monika Baer at Städelschule in Frankfurt am Main, Germany, until summer 2021. She graduated from Università degli Studi di Trieste in Italy with a Master’s degree in anthropology and speech philosophy, focussing on ways to convey cultural and female identities in writing, before joining the class of Trisha Donnelly at Kunstakademie Düsseldorf in 2015. Recent shows include: Polyphony (with Axelle Camille and Su Xia) at Las Palmas Project, Lisbon, Solo Show at Regatta 2, Düsseldorf, Silbertopf (group show) at Projektraum Georg-Schwarz-Straße, Leipzig, and Cosy (with Lisa Baer and Rebecca Grundmann) at Im Goldenen, Düsseldorf. Rossi had a solo exhibition at Projektraum London in May 2021 and ‘Alte Freunde, neue Freunde’ at Claas Reiss is her first cooperation with the gallery.

Svend Danielsen (born 1955 in Holte, Denmark) graduated in 1978 from the Royal Danish Academy of Fine Arts in Copenhagen. He has widely shown in solo and group exhibitions across Denmark and was subject of a solo exhibition at Overgaden, Institute for Contemporary Art, in Copenhagen in 2018. Danielsen is recipient of the prestigious Three Years Working Grant by Danish Arts Foundation (2013) and the Niels Wessel Bagges Kunstfond grant (2018) and is represented in various Danish institutional collections including National Gallery, Hygum Art Museum and the Danish Art Foundation. ‘Alte Freunde, neue Freunde’ is his first exhibition in the UK. Danielsen lives and works in Copenhagen.

Tenki Hiramatsu (born 1986 in Wakayama, Japan) graduated with BA from Nihon University College of Art in Tokyo, Japan in 2009 and studied from 2016 to 2019 with Marcel van Eeden and Daniel Roth at Academy of Fine Arts of Karlsruhe, Germany. Hiramatsu has widely exhibited, with exhibitions including Kunsthalle Basel (2017, group), Kunstverein Rastatt (2019, solo), UNG5, Cologne (2019, solo), Barbara Seiler in Zurich (amongst others in 2019, duo with Sebastian Stöhrer) and Robert Grunenberg, Berlin (2020, solo). He was also included in ‘Abstract with Figure’, an online group show at James Fuentes in New York in 2020. ’Good Con Man’ in 2021 was Hiramatsu’s first show in the UK and ‘Alte Freunde, neue Freunde’ his second cooperation with the gallery. He lives and works in Karlsruhe, Germany.

For further information please visit www.claasreiss.com, email info@claasreiss.com or call +44 7769 566 922. Please follow us on @claasreiss and @projektraumlondon. Normal gallery opening hours during exhibitions are Wed to Fri 10am – 6pm, Sat 12:00pm – 6:00pm and by appointment. 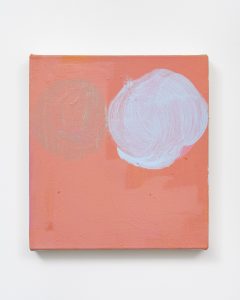 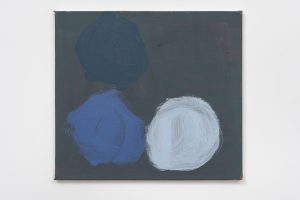 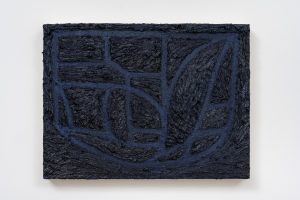 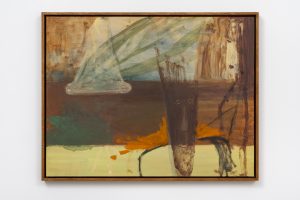 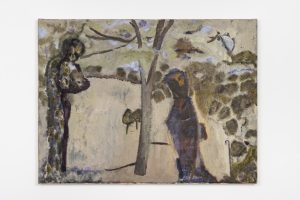 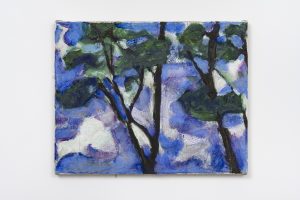 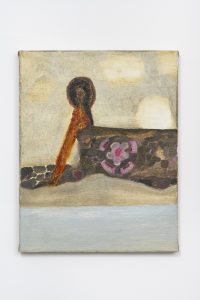 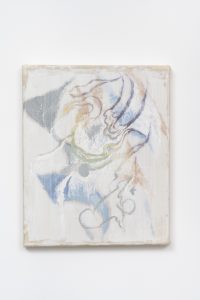 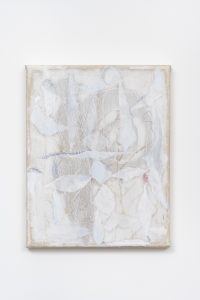 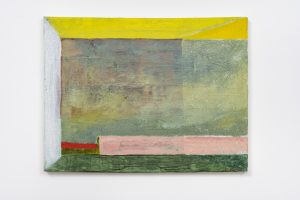 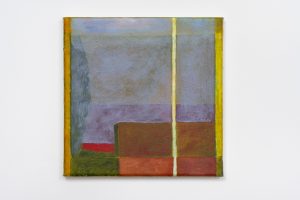 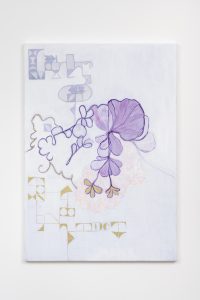 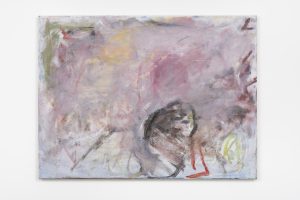 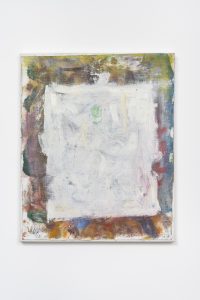 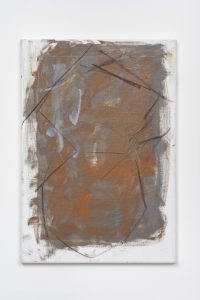 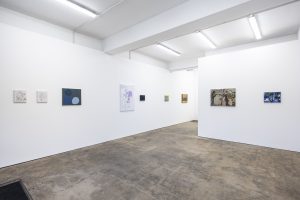 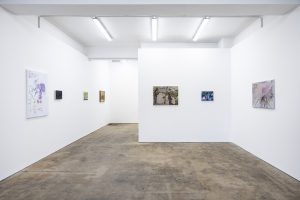 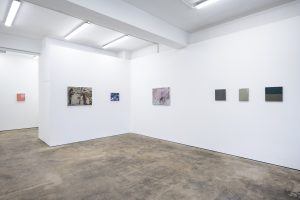 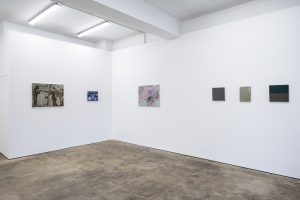 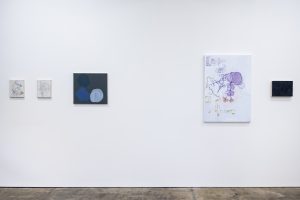 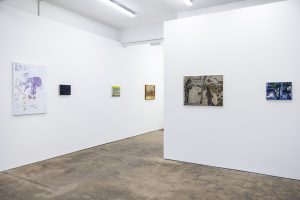 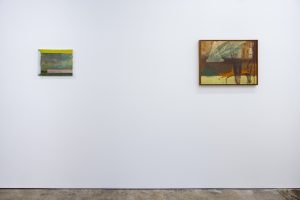 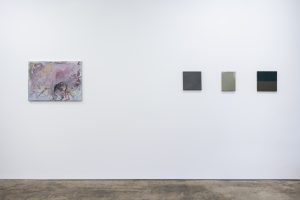 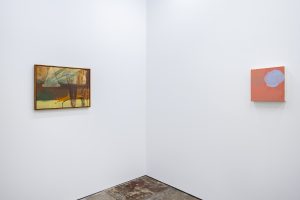 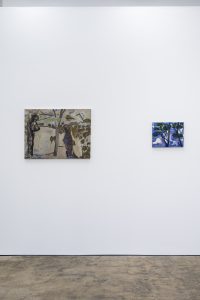 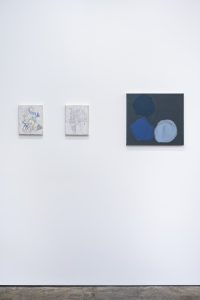