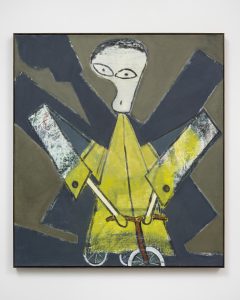 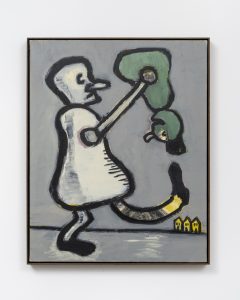 ‘The Art I Live With, The Things I Love’ by Ansel Krut

Claas Reiss is pleased to announce ‘The Art I Live With, The Things I Love’ by Ansel Krut. The exhibition aims at giving a glimpse into the mind of a painter by bringing together paintings, drawings, artefacts, postcards, books and personal family objects by Krut, fellow artists and family members.

‘The Art I Live With, The Things I Love’ by Ansel Krut – press release

Ansel Krut was born in Cape Town, South Africa, in 1959. He studied medicine for two years before switching to Fine Art and he graduated with a BA from the University of the Witwatersrand in 1982. After a scholarship to the Cité des Arts in Paris he completed an MA in Painting at the Royal College of Art in London. He was the Abbey Major Scholar in Painting at the British School at Rome in 1986/87 and then stayed on in Italy for a subsequent three years, returning to London in 1990. He now lives and works in London interspersed with extended stays in Los Angeles.

Krut was a visiting lecturer at the Royal College of Art from 2006 to 2014 and he has taught at many other art colleges throughout the UK. He was an artist-lecturer at the National Gallery in London from 2004 to 2012.

Krut’s work has been widely exhibited internationally, including solo exhibitions at Marlborough in New York (2013, 2016 and 2019), Modern Art in London (2010 and 2014) and institutional shows include ‘Verbatim’ at Jerwood Gallery (2014, now Hastings Contemporary) in Hastings and ‘Schilderijen’ at Kunsthal KAdE in Amersfoort (2011).

His work remains informed by the years he spent growing up in South Africa, his art retaining what Ed Krcma in a catalogue essay called “an unapologetic will to insubordination” with imagery that has “arisen from a ferment of intermingled sources: from the enchanted collective narratives of folklore, to the differently dark ruins of history”.

Writing in the Brooklyn Rail in 2019 Alfred Mac Adam said:

“Ansel Krut’s extraordinary paintings take us back to 20th century existential angst and its unending inquiry into identity, fate, and self-determination. His painterly style may seem casual, crude, and ludic, but this is work of high seriousness and deep moral content.”